The Story of The Grace Place 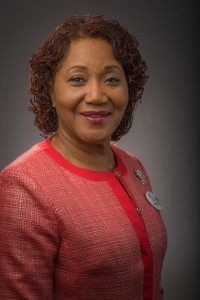 “I won’t be coming to church anymore,” Dr. Hyveth Williams, Professor of Homiletics, Seventh-day Adventist Theological Seminary, declared to her pastor, Dr. Throstur Thordarson.   She continued, “I feel the Lord has called me to do more than just sit in a church. I have been praying about this with one of my students, Heber Aviles, and I have decided to go to a section of Chicago and start knocking on doors. If you don’t see me in church it will be because I am out knocking on doors praying with people and seeing if I can find some who will study the Bible with me.”

Pastor Throstur calmly responded, “Let’s pray about this.” When they finished praying, he said, “There is a little company I have in South Bend. They are not growing and I’m thinking of disbanding them, but they have this beautiful church. Why don’t you go and look at it before you go to Chicago. Just see what can come of it.” The next Sabbath Hyveth looked at the church “I was just overwhelmed by the facilities, the location and everything. It was just as if God was saying, ‘This is where I want you to minister.’”

Immediately Hyveth contacted her friend, Heber, a Seminary student, and they both prayed about the possibilities. They invited a few other individuals to join them and the group grew eventually grew to twelve. They prayed and fasted together for a whole month asking the Lord to reveal His will. The impression on all involved was that God wanted them to do something in South Bend, Indiana. They were further affirmed in their goal and zeal and became charter members and The Executive Team of “The Grace Place,” as the church plant has been named.

They felt the Lord leading them to do a church plant with a community focus rather than simply another worship program for disgruntled or disenfranchised Adventists.   The thought was that if the community could be made healthy spiritually, physically and mentally, the church would grow and make a difference through innovative, creative simple acts of kindness evangelism. The plant was adopted by the South Bend First Seventh-day Adventist Church in the Indiana Conference, under the leadership of Dr. Thordarson.

Research of city of South Bend revealed a population of 100,886 (2% of Indian’s 6.6 million residents); 66% claim some kind of religious affiliation (29” Methodist, 20% Catholics – Adventists were too small to make the list and may have been lumped with the 6% others). It was evident that there’s a 44% un-churched to be reached with the Gospel, so the Team enthusiastically selected an area that includes about one-third of South Bend for outreach. After fasting and praying for three months, during the last month the small group spent a week walking throughout the community they hoped to minister to. They prayed for the people living there. They asked that God work in a mighty way to touch hearts and change lives. The next week the group drove around the target community every day and prayed for it. They said, “Lord, we are claiming this community in your name.” Each day of the third week someone prayed in the church facility. They prayed that God would bless the work and not only change those who came but also enable those ministering to be conduits of His love.

Following this the group fasted and prayed for themselves and their leaders for a week. Then on Sabbath afternoons they began visiting malls and shopping centers in the designated area. They gave out cards and prayed for and with people. They announced they were starting a community church plant on February 16, 2013. In addition to these efforts, 175 former Adventists living in the area were contacted through personal visits, telephone calls and invited to return to church. Letters of apology were sent to each person. The letters, signed by Pastor Williams said, “We apologize for whatever caused you to be disconnected from us. We want you back.”

When visited, some people slammed their doors and said, “You are too late. Get lost!” However, a few accepted the invitation and came back. When the first church service began on February 16, 2013, ninety people were in attendance and at least fifty of them were from the community. Today, many have been baptized and others returned to the fellowship of the Seventh-day Adventist faith at The Grace Place where an average of eighty attendees worship weekly.

Once worship services began attendees were invited to share a Sabbath meal together each week. Rather than being a potluck, the food was prepared by a hospitality team. The menu included two options—clean meats, like chicken, and vegetarian to allow community visitors to sample vegetarian food and learn about it while still being able to eat something they were used to in well-prepared, balanced meals. A few months after her baptism, Janet Turner, the first community member to join, became a vegetarian and the transformation of new members continues to amaze the leaders.

After the meal, those who are willing and able, go into the community to pray and invite them to worship at The Grace Place. They give out bread and other food as well as amenities such as toothpaste and soap. “Whatever we have we give,” says Hyveth. “Our gifts of love are changing lives. We have been told how different things are in the community since we started doing this. When we first started, one man cursed us and slammed the door in our faces. ‘Don’t bother me. I don’t want to have anything to do with anybody,’ he yelled. Immediately the visitors gathered on the front walk and prayed for the man. Then they carried a bag of food and set it near the door. As they were leaving, the man again opened the door. ‘We are from the Seventh-day Adventist Church and we just wanted to pray with you and give you this bag of food,’ they told him. ‘Ok. You can pray for me,’ he responded.’ During subsequent visits it was learned the man had lost both legs in the war in Afghanistan. He lived by himself and had no one to look after him. Now members of the church regularly check on him. He has come a long way from cursing us to now allowing us to pray with him, bring him things and look after him. We see this connection drawing him closer to God and to others.”

Being community focused includes cleaning up the neighborhood. Sometimes these efforts involve snow removal. Sometimes they involve cleaning out a house where the people are just so depressed and overwhelmed they can’t deal with it. Church members go in, scrub, throw out trash and help organize the home. Hyveth said, “When we revamped a house in one neighborhood, the neighbors came around, looked and asked ‘Who are these people?’” Curiosity drew them to the church and to evangelistic meetings the church currently holds every summer. Many people have baptized during these series.

While The Grace Place serves as a training lab for Seminarians, the Team has found many ways to reach the community. Financial peace seminars, diabetes seminars and a health fair are just a few ways they have assisted residents. They also hosted a big July 4th party for the neighborhood. More than 200 people came to enjoy free popcorn, a bounce house and games for the children. Just For Kids is a monthly birthday program where parents having a hard time, economically, bring their kids who are given a great party, taught Bible stories and given birthday presents. In July 107 children accompanied by 81 parents were treated to the best party imaginable. The Creative Café is another innovative community program reaching college and young professionals through the “Spoken Word” held on the third Saturday night of each month at the Kroc Center. Many community people attend and share their poetry and songs about Jesus providing opportunities to share the message from an Adventist perspective (see tgpthegraceplace.org for more information).

“Our strategy,” says Hyveth, “doesn’t focus on having a high worship service with the best singers, the best pianists, the best organists and long offering appeals. We have a simple service with three parts—prayer, praise and preaching. We don’t pass around a basket. We have a box in front where worshippers, moved by the spirit, bring their tithes/offerings and deposit it in the box.   Generosity has characterized these gifts. Community residents see what the church is doing in the community and they want to show their support by giving. Another unique aspect of The Grace Place is that transfers from other churches are not encouraged or even accepted. While anyone may attend and are welcome to the weekly worship experience, to be a member one must be a returning Adventist or a new believer. “This is to help us see if we are truly growing, because to me, transfers does not reflect church growth,” emphasized Pastor Hyveth Williams who serve with two Seminarians, Pastor Christopher Cheatham, Associate Pastor and Pastor Kristy Hodson, Administrative Pastor. The Word is getting out. The Grace Place is making a difference!