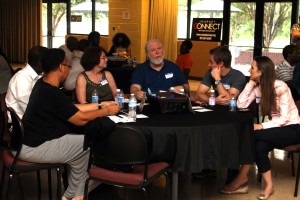 “You play to win the game…hello” – Herman Edwards 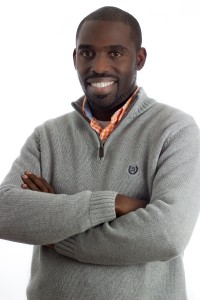 It is the same in the church realm. Especially as pastors and probably more so as administrators, there have to be markers of success to evaluate if we are achieving our goals. We have to determine what the win is for the church. And for most churches and conferences, there are some longstanding scorecards that determine if a church is winning.

“Goals and souls!” I remember hearing that mantra at my first workers’ meeting as a wide-eyed intern. If you can baptize people, raise your giving, fix up the building and put my bodies in the seats, you are successful. Traditionally those have been the measures of a successful church and pastor. Some still have nightmares of standing up among their peers and having to report on baptismal numbers when in a lean year (thank God that practice is mostly a thing of the past).

Well with these measurements as success, it is easy to understand why there is a decrease in the number of church plants being started in some areas that previously did so. And it is also understandable why our primary model of church planting is the plants that get established at the conclusion of an evangelistic series. Those new churches at least provide evidence at the beginning of success.

But what about “slow-cooking” church planting….those that may take longer to baptize their first 20 people? The inclination to initiate and invest in those is not as high. They do not seem to be winning. Plus their start comes at the expense of other churches. And that is where our biggest challenge with starting a church planting revival begins – what we have to lose.

“We do not need to plant another church. The ones we have in the city are not filled.” Those words were voiced to me by those who were close enough and cared enough to share what others were secretly saying about our endeavor here in Memphis to plant a new church. At the time when Pastor Shawn Moss and myself were commissioned by the South Central Conference to plant a new congregation, Memphis already had five churches and most were not filled to capacity on any given Sabbath.

I could understand (not agree) the trepidation involved. A new church to many represented a threat – what we were going to lose. Young adults, tithe and offering dollars, attendance and ministry leaders would most likely be syphoned away from churches to start this new one. This could jeopardize the health of other congregations in the city. And especially the church that had to share a pastor with this new church plant, this would stop them from being able to grow as much as they could.

Before you shake your head and look down at Memphis (don’t…I love Memphis)…think about what is your own orientation and view of success. What represents a win for you? When you talk about the good that is happening among your fellow clergy, what do you say to show you are winning?

What I am proposing is that the role of the church, every local church, is to advance the kingdom of God. And when I say the kingdom of God I am referring to the rule and reign of God here on earth. Now before you think I am talking nebulous matters, allow me to define what winning would look like here and how it relates to church planting.

If we are concerned about kingdom advancement, we must be focused on winning new hearts for God. Each local church should be seeking to take the gospel to those in their city who have not heard about the love of Jesus or accepted Him as their Lord and Savior. We each have that responsibility. And baptizing and winning new people is a part of Kingdom advancement.

But we must not stop there. Another way we advance the kingdom of God is by living out the values of the kingdom here on earth. In Matthew 20:25-28, Jesus outlines how His Kingdom would operate. It would not be modeled on the hierarchal systems of the world where the most important person sits at the top of the structure and is served. No…Jesus said “whoever would be great among you must be your servant.”

And then Jesus demonstrated and taught service as a lifestyle. The church should be always seeking to serve the community, without any strings attached. Because when the church does, it is living out the principles of the kingdom and that in itself is a win.

The final way that I am proposing that the church advances the kingdom of God is by bringing in the ultimate and visible reign of God on earth. Matthew 24:14 says it this way “And this gospel of the kingdom will be proclaimed throughout the whole world as a testimony to all nations, and then the end will come.” The end will come when “the kingdom of the world has become the kingdom of our Lord and of his Christ, and he shall reign forever and ever.” Revelation 11:15.

The church is called to usher in this ultimate revelation of the Kingdom of God. Matthew 24:14 is clear that it will happen when the gospel is proclaimed throughout the world. And that is where church planting comes in, both globally but also locally. Church planting is an effective method of reaching new people with the good news of the gospel. In fact every church that exists now started of as a plant.

To support and seed church plants can appear at times to local congregations as a losing venture. You may lose young families who are attracted to the new but also provided energy to the church they are leaving. You may experience a reduction in giving as money is given to this new church. The natural human inclination for self preservation may overtake the church because after all it is made up of humans.

But what if we look at it differently and define a win by new and maybe more biblical standards. What if churches and conferences begin investing in new and innovative models of church planting that are intentionally focused on reaching new people? Those plants will grow slower than those established at the end of an evangelistic series. But they also will be more diverse and reach people that those churches may not have reached. And when the new plant succeeds, the sending church has won!

What if instead of churches counting seating capacity, they looked at sending capacity? What if churches, no matter their level of success based on the traditional markers, set out to send groups out to plant new expressions of church in various parts of their city on a regular basis? Instead of there being a fear of a new church plant, it would be expected that new churches would emerge that may look differently than the sending church.

What if conferences allocate a portion of their evangelism budget for R&D (research and development) and that R&D be in the form of new church plants? So planters would be hired and resourced to go into areas that may even have a church but have unreached people to explore new work.

What if many of our young adults who are leaving our churches instead of sliding out were sent out? What if their natural desire for entrepreneurship would be harnessed into new churches and they be allowed to innovate to reach their generation? Maybe we could actually see a shift where instead of them leaving they become a part of leading.

What if the churches who sent and gave and the conferences who invested instead of seeing a decline saw and increase? What if they rejoiced even if they took an initial hit because the kingdom was being advanced? Studies show that churches that plant churches actually grow rather than die. I can’t explain it. But maybe the Bible does explain it.

Matthew 6:33 says to us to “Seek first the kingdom of God and his righteousness and all these things will be added unto you.” Jesus tells his disciples and tells us that our priority should be to seek the kingdom. He over and over warns us against being wrapped up in self-preservation. He takes responsibility for that.

Maybe that’s what our focus should be on. If we focus on advancing the kingdom, then God will grow the church. If local churches focus on being a part of kingdom advancement in all it’s phases including helping to fund and start new churches, God will grow their church.

At the end, maybe that’s what winning is all about.

Kymone Hinds is the lead pastor of The Journey.